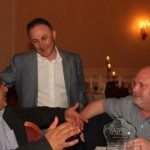 The Aspray awards 2013, celebrated the great and the good within our business. With 8 categories covering a variety of business activities you would be forgiven for thinking judging would be relatively simple.  On the contrary, we had some tough decisions and numerous contenders for many of the awards.  Having said that we did also have some truly out and out winners – all deserve many

congratulations and a big thank you for helping build the Aspray brand within their areas.  A big thankyou to Edge Equipment Hire for their Sponsorship. 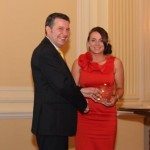 Through effective marketing Aspray Belfast increased turnover by almost 30% on the previous year and were worthy winners of this award.  Marketing Manager, Leanne Rice, joined Michael and his team in 2011 and initially evaluated their marketing strategy to identify where they were and where they wanted to be.  Using the findings of this research she looked at all media to design a fully integrated campaign which would ensure they achieved this. 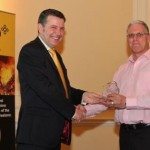 Core to our business is offering customer service that is second to none. Effectively monitoring this service is essential and Malcolm does just that. Using on line Checkatrade he received over 95% rating.

“Winning this award is the icing on the cake. Knowing your customers think you do a good job is great but being appreciated by the company just tops it off!” 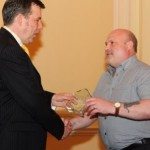 With over 100 entries to choose from many could have won. Ultimately the prize went to Steve for his testimonial from a corporate lead.

Handling the claim and repairs for a grade II listed pub was one of Steve’s first jobs with Aspray and demonstrated how he’d gone above and beyond to ensure a delighted client and grateful broker who’d referred the work. 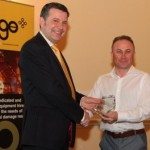 In his own words Alan had his “best year ever”. Now in his 6th year of operation Alan has year on year increased his turnover which he puts down to seizing every opportunity to constantly “spread the word”. 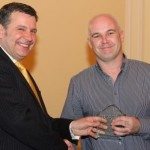 Less than 12 months in operation Richard epitomises what is needed from the next generation of emerging talent. Richard has great ambition, drive and a positive can-do attitude and has shown great support to the business as a whole.

“I feel very proud to win in the Aspray awards 2013 against so many other worthy winners but it’s great to be recognised for my efforts and I’m really looking forward to building my business over the coming year. I must thank Hayley, Lucy and all Head Office staff for the help I have had during my first year – together we make a great team!”. 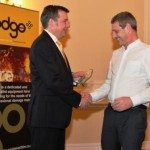 Many in the network have given freely of their time to speak to prospective franchisees but none more so than Gary who has been honest and open to anyone who’s contacted him. Head Office wanted to give him a special ‘thank you’ for all he’s done to help develop the network.

“It’s great to be recognised but I honestly feel it’s my duty. I’ve been in the prospects’ shoes and know how important it is that they get the right information. But also Aspray need to recruit the best if this business is to grow from strength to strength – the way I see it is that we must all do our part to achieve this.”

As Aspray’s volume of corporate work has increased the level in demand has too. In recognition of his time, effort and patience David was a worthy winner of this award. Always willing to oblige David has been a great help to Hayley and Lucy in Head Office who serve our corporate clients on a daily basis.

Phil has been with the network for over 4 years and has improved in every level of his business during that time. He expanded and bought a second area a year ago and has recently recruited his daughter to help with business development and networking (something he dislikes but she excels at). Phil has also been a big help to Head Office with franchise recruitment and has helped secure 2 new excellent members to the network.

When asked for the reason for his success Phil said, “I really enjoy the business and believe we have a fabulous service to offer. There is no magic formula just work hard, know what you’re good at, identify where you need help, and believe in yourself.”