Aspray held its annual national conference and this year it took place at the exquisite Crewe Hall Hotel in Cheshire. 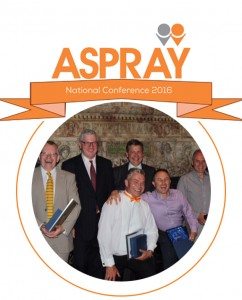 Franchisees from across the UK attended the two day event on Thursday 12th May and Friday 13th May, hosted by the head office team.

Despite the conference falling on the dreaded Friday the 13th, the event was far from unlucky with plenty of sunshine.

It was filled with informative presentations, training lessons, guest speakers and later, an awards evening with special guest comedian who made the whole room chuckle.

Managing Director (MD) James Whittle opened the conference by congratulating the team of franchisees on how well they have been doing with managing their businesses.

Franchisees were also treated to a presentation in the afternoon, held by Aspray Derby, franchisee Alan Barker, and then a comical presentation from Malcolm Holmes representing ServiceMaster.

If that wasn’t enough, the conference led into an awards dinner celebrating the success of the Aspray team after 11 years of growing a nationwide brand.

At the awards ceremony, franchisees were nominated for various awards and the winners received certificates as well as a trophy.

The most unusual local marketing idea award was given to Roy Bowen, Aspray Wakefield. His quirky idea of putting an advertisement on a plant pot and placing it on a dual carriageway was the funniest one we have heard yet and was bound to get top marks for its ori 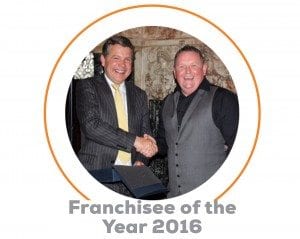 The franchisee of the year award was won by Joe McGuigan, Aspray Glasgow North who was very happy and surprised about his win. He said: “I was quite surprised to actually win the award because I was nominated before but didn’t win so this came as a shock to me. I had a really good two days and enjoyed the awards evening. Conferences like this are really important because it gives us a chance to meet all the other franchisees and see how hard we have all worked.”

There was also a fun raffle and an auction of 3x Wembley match tickets. All the proceeds raised will be donated to Cancer Research UK.

On day two of the conference, franchisees spent the morning looking at the positive results gained over the past 12 months and the targets for the year ahead.

James Whittle, Founder of Aspray, said: “This has been the most positive and informative conference that we have ever had with great speakers. The reason we have them are for the franchisees to meet each other and head office. It allows them to have informal discussions and get to know each other on a personal basis and to plan our future strategies.”

The conference, once again, proved to be a success and beneficial to the franchisees.

Keith Sullivan, Director of Aspray Maidstone said: “I would like to thank James and the team for an enjoyable couple of days last week. I have a possible four subsidence claims on at the moment, so I particularly found the Uretek talk interesting.”