Entrepreneurs are often described as ‘driven’ people, and that same quality is also found in successful franchisees, but what is it that actually drives the desire to establish and run one’s own business? 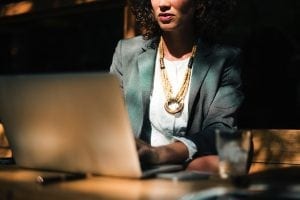 In 2015, the Global Entrepreneurship Monitor (GEM) delved into the heart of this matter, looking at 27 million US entrepreneurs and determining that a business is more likely to succeed if the person behind it possesses, or understands the value of, certain psychological traits. This belief has also shone through in other studies.

Aspiring business people and franchisees should, therefore, be able to feel a love for, and parental connection to, their business, nurturing and caring for it as if it were a child or living entity. But what other qualities underpin the drive that entrepreneurs show?

Han Zhao and Scott E Seibert conducted a study that was published in The Journal of Applied Psychology which considered a “big five” personality dimensions required of those with entrepreneurial status. The study compared the personality traits of self-employed entrepreneurs with those of employed managers. They discovered that entrepreneurs were more self-confident and believed they were in control of outcomes within their environment. They were also stress-resilient and less prone to neuroticism.

The positivity aspect identified in this study was echoed in a 2014 study by the Ewing Marion Kauffman Foundation, which discovered that around 91% of entrepreneurs fully believed their business would be more profitable in the following 12 months.

Zhao and Seibert’s study also showed that entrepreneurs were more “open to experiences” than managers. They were deriving their drive from intelligence, but also through innovation, creativity and both analytical and non-conventional approaches to business. By being open to experiences, they were gaining the stimulation required to power a business forward and the capacity to adapt their strategies in the face of change.

But there are other key points to consider from this study, if you wish to know whether your personality is right for self-employment and the building of a business. It may just be, according to Zhao and Seibert, that you have to have a bit of the rebel in you and are capable of acting on impulse, even if that makes you less agreeable than some of your counterparts in employed roles.

The rebellious requirement has also been noted by Psychology Today, which has said, “interestingly, people with the same ability profile (equally smart, competent and educated individuals) can show dramatic differences in entrepreneurial potential: some may be motivated only by their personal career success and ‘sell their souls’ to big corporations, whilst others will do whatever they can to work for themselves and ‘be their own boss.’ This difference highlights the rebellious, impulsive and risk-prone nature of entrepreneurial people.”

Being less agreeable when you are an entrepreneur has its good points. Entrepreneurs have been shown to be less trusting than employed individuals, more likely to challenge the status quo and more resilient to pressures exerted by others.

Here at Aspray franchise, we can see a lot of truth shining through these studies. In particular, our loss adjusting franchisees need to be able to stand for something, be a little ‘rebellious’ when it comes to fighting the corner of a property insurance policyholder seeking their full entitlement from their policy and be solutions-driven, even if that is not based on conventional thinking.

But above all, what we see on a daily basis are scenarios in which our franchisees exhibit the sort of parental care that they show to their children, whilst growing their businesses. To be successful, you have to care deeply about the business to which you have ‘given birth’ metaphorically and do your utmost to help it thrive. You need to think about it 24/7 and even, at times, stay up late waiting for desired outcomes to ‘come home’. You also need to be prepared to fund it, until it can stand on its own two feet. If that’s not parenting for you, we don’t know what is.

If you feel you could have such parental love for your own business, and one day possibly see it gaining top marks in customer satisfaction surveys not to mention earning a nice income, contact Aspray Franchise on 0800 077 6705 or visit www.asprayfranchise.co.uk