When considering the world of franchising it is easy to fall into the trap of believing that launching a business is something for 30 or 40-somethings who have some experience of the world of work and want to move on to the next challenge. In actual fact, however, the 50-somethings can figure just as much in the first-time franchisee category, so why is that? 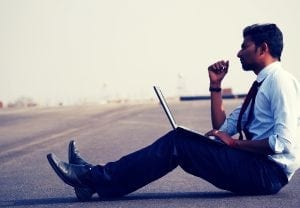 If we look at the first age group, it is easy to see that a number of mid-life professionals are seeking a degree of fulfilment lacking in their career. However, for some, there is no real chance of escape at this time of life, particularly if they have family commitments and are under intense pressure to earn a ‘guaranteed’ salary at the end of each month. This can stunt entrepreneurial ambitions and leave many individuals trapped in the tedium of workday life.

Make no mistake, the mid-career malaise that many people feel is a real driving force towards change and that tempting ‘something different to do’. Gianpiero Petriglieri, Associate Professor of Organizational Behaviour at INSEAD describes it as a protracted feeling of “Am I missing something.” By the time an individual reaches their 40s, they no longer have the feeling of immortality and are focusing on what they should be doing with a life that is finite. They can start to lack a sense of purpose and be haunted by perceptions of failure.

Whitney Johnson, an author and executive coach, says individuals who are questioning what they are doing with their life need to heed the call to action and be proactive about what to do next with their career. They need to get to the root of the issue, whether it is their job, the weight of a mortgage, their marriage, or their routine. She says people feeling trapped by needing a certain amount of money on which to live, or being somewhere on a career ladder that is not particularly fascinating, need to go and “create” the opportunity they desire,

As she says: “When you have a feeling deep in your soul that you need to disrupt yourself, don’t ignore it.”

Given these feelings, it is not surprising that a new start through franchising has real appeal for those aged 30-45, who are brave enough to act. Vodafone UK’s Working Nation Report of a decade ago found 59% of adults aged 31-35 felt undervalued and 49% felt unfulfilled. This age group – Generation Y – were characteristically optimistic in their young adulthood, but the pressures of family life have seen many of their dreams evaporate, leaving disenchantment and big questions about unfulfilling careers. Where are these interviewees 10 years on? It would be interesting to know.

Whilst the satisfaction of the average employee deteriorates rapidly during the typical mid-life-crisis years, Andrew Oswald of the University of Warwick, and many other experts, have found life is U-shaped and there is an upward curve to look forward to. By the time an individual reaches their mid-50s, they rediscover life satisfaction again, often to the level that they enjoyed in their young adulthood. This phenomenon hits people in all social groups, whether senior executives or blue-collar workers, and is probably the reason why franchisors see so many potential franchise recruits from amongst this 50+ age group.

So, whilst the mid-life malaise individual looks for a valuable franchise opportunity as an answer to their disillusionment with what they are doing in life, the 50-something person is most probably turning to franchising because they are riding on a wave of renewed optimism and believe they can succeed. They have perhaps 10 years in which to earn a high level of income before retirement and wish to take on a new challenge. For them, life has got better after 50 and is going back uphill.

As a respected and ethical franchisor, Aspray would advise individuals who want to realise their dreams and listen to the inner voice that is urging them to act, to do so non-disruptively. Do not leap at the first opportunity that comes along. Weigh up what will suit your skills best, focus on a sector and start to build some connections. Be logical in your choices and plan conscientiously before making the big step into franchising. That way, wherever you are on the age-scale, and whatever your motivations for wanting to be in charge of your own destiny by becoming self-employed, you are likely to make a wise choice that will change your life for the better.

For more information on franchise opportunities as a loss assessor with Aspray, please call 0800 077 6705 or visit www.asprayfranchise.co.uk