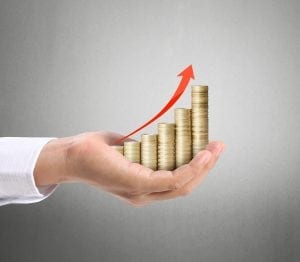 Put Pay Rises in Your Own Hands: The Daily Mail today (Wednesday May 30 2018) reported that the average pay rise in Britain had “jumped” to 3.5%, up 0.5% on the average increase in the first quarter of the year, as wages respond to higher inflation.

In April, teachers were awarded a 2.9% pay rise and local government workers were awarded an increase of 4%.  Supermarket workers have celebrated a 4.5% increase in their pay, whilst construction firms are paying workers around 7% more.

Whilst any increase has to be good news, as Mark Twain said, “Facts are stubborn things, but statistics are pliable.”  To begin with, many of these increases are only covering the rise in the cost of living that has occurred since the Brexit vote.  In real terms, many salaried people will see little impact on the amount of disposable income they have to spend.

This level of pay rise is not going to change lives or put a high-performance vehicle on the drive.  Even a promotion will only typically provide a few thousand pounds more in the annual pay packet. If you have real lifestyle goals and ambitions, the only way to get to where you want to be on the income ladder is to take things into your own hands.

Taking on a franchise is one great way to do that.

If you secure the necessary finance, you can buy into a tried and tested business model that can predict different levels of income that could typically be earned, according to how much you put into the business and how closely you follow the advice of the franchisor.

The figures can seem dazzling, but they are not figures dreamed up, but actual, attainable levels of income that can be earned if the franchisee has the right mind-set, drive, personality and desire to learn and progress throughout their franchisee journey.

The risk of relinquishing a salary and foregoing a 3.5% wage increase, by starting a business with a franchise partner, is lower than that which comes from starting a new business from scratch.  New start-ups usually have no support, no framework within which to work and no proven formula or live-testing of the consumer need for the product or service to refer to.

However, here at Aspray, we never promise a franchisee that they will earn a set amount, or guarantee that they will achieve a six-figure income without continuous hard work.   We know it can happen, but it can’t ‘easily’ happen.  Franchising isn’t a silver bullet to success.

A large part of the risk involved in setting a franchise business on its way is the franchisee themselves. 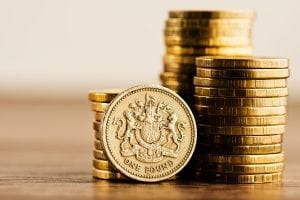 If they do not demonstrate the work ethic required, or have the confidence to stand on their own two feet after training, take responsibility for everything in the early days, and get out and network, the income levels will be significantly lower than they could be.

For some, earning just an extra £10,000 a year above their current income is enou gh and it’s certainly more than a 3.5% pay rise is likely to deliver.  But others aspire to double their salary once their business is established and see our model as a opportunity to do that, if they give it 100 per cent.  Driven individuals with a credible and friendly personality can go much further than that.

Sometimes, it is those in the riskiest professions – the Forces – who embrace the franchise ‘risk’ most, having completed a period of service and decided to look for their next career move.  Their project management skills and self-starting attitude can help reduce the risk and they typically fare very well at Aspray.

Rather than gaining an extra £1300 in their pay packet this year, some army sergeants may well join us and possibly earn ten times that increase in salary sooner than you might think.

As we say, there are no guarantees, but 3.5% is a very paltry amount compared to what our Aspray franchise model can deliver when it comes to bringing home the bacon.