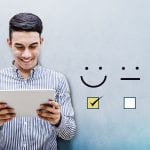 The term ‘customer-centric’ is banded around an awful lot these days.  It’s become synonymous with good business practice and crops up in numerous company reports and websites.   But is too much lip-service paid to it and should we be worried by that? The answer is ‘yes’.  Alarm bells should go off if someone talks about … Read more 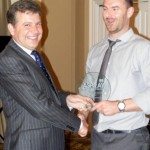 An interview with Aspray’s Franchisee of the Year 2014, Jack Connor Aspray’s Jack Connor joined the Aspray team in April 2014. Not only did Jack double his target for first year turnover but has received nothing but positive feedback from Aspray customers and introducers. Why did joining the Aspray franchise opportunity appeal to you? Because … Read more

If you are interested in learning more about the Aspray franchise, leave your details and our sales manager will get back to you.